Story in 30 seconds: John Sisk & Son is an international construction company with an enviable 160-year track record of trust and value. When it was awarded the contract to build hundreds of cabins across hundreds of acres of forest in Ireland, maintaining visibility of hundreds of workers and progress on numerous simultaneous cabin builds could have been very challenging. As Powerproject users, they were able to deploy Site Progress Mobile to enable managers across the site to gather progress information in real time via their iPhones, and upload it directly into the programme for its leader planner to validate, and thus ensure regular, timely client reporting and work updates for teams across the 400 acre site. 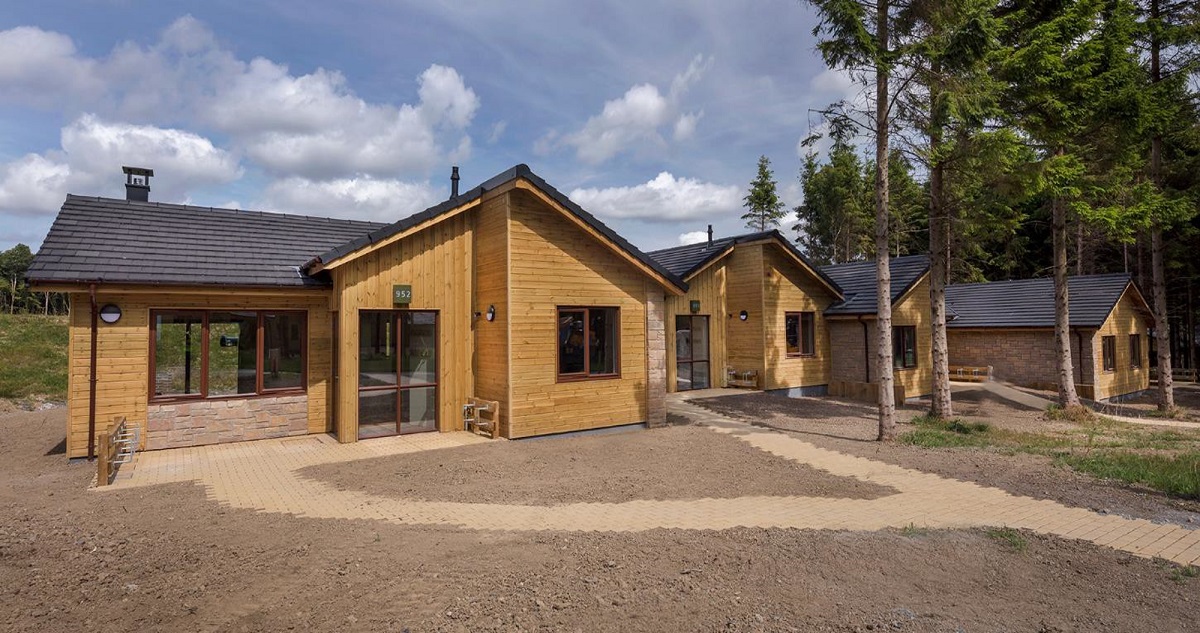 In late 2017, John Sisk & Son (Sisk) was awarded the contract to build the guest lodges and central leisure buildings at the hotly anticipated €233m Center Parcs at Longford Forest near Ballymahon in Ireland. It would accommodate up to 2,500 guests in nearly 470 lodges, distributed across the 400 acres of beautiful woodland. With 466 individual lodges to build over 68 weeks across a huge site, Sisk knew that sustaining the pace of work, keeping abreast of progress and deploying its resources effectively would be paramount. Powerproject is Sisk’s planning software of choice, and its project managers are very familiar with it. When the Center Parcs project was confirmed, Sisk decided to take up Elecosoft’s offer to trial the companion mobile app Site Progress Mobile hoping that it would help them keep a closer eye on activities, resources and progress across this large area. Project Leader Cormac Fitzpatrick and Lead Planner Damien Gallagher explained how Site Progress Mobile was put to work and how it helped them to successfully manage progress on the Center Parcs build.

Immediate value
With a vast area of ground to cover, the logistics of keeping track of people, materials and progress was a huge challenge. Sisk equipped around seven field users with the Site Progress Mobile app on their company smartphones.

“Digital construction is changing how we deliver and manage projects, and that’s a good thing. Tools like the Site Progress Mobile app help us to take people out from behind desks, marking up progress on drawings or schedules, to managing the work on site – which is exactly where we want them.” Damien Gallagher

Damien told us what happened next:

“Immediately we could see the value to the project team in terms of the ease of progressing. It increased their awareness of the programme and made work clearer, because it allowed them to see at a glance only the tasks that they were assigned to.”

The value was evident not just to users, but also to Damien himself:

“As the planner, having Site Progress Mobile meant quicker data entry. Straight away there was a lot less paperwork involved, and we were more efficient about progress updates. Preparing client progress reports was quicker and easier, because the data was being captured directly from site. As data is captured live on site, it is sent back to the master programme – as soon as the Powerproject user checks the incoming data it updates the schedule almost immediately with just a few clicks.”

Time efficiencies all around

The time savings were quick to compound. Before receiving live progress updates from site through the app, Damien estimated it would take a full day each week simply to update the programme.

“We would bring in each of the managers to go through the bar chart, then have to go through their marked-up drawings showing when tasks had started or finished. Understanding mark-ups and going back over information repeatedly took up a lot of time.” The difference after starting to use the app was quite clear. He continued: “Carrying out that same activity in terms of progressing the bar chart was reduced considerably to about three hours instead of a full day. Now, once you log into Powerproject and go to the Site Progress Mobile function within it, you see the information being received from each of the app users. As soon as they have completed updates at site level via the app, progress data goes up into the cloud and is available for the planner to download and review and check the information, before integrating it into the overall progress update. The biggest timesaving is on data entry, because it removes the time that used to be spent updating spreadsheets inputting text, dates and percentages. Instead, we can now use that time to review the impact of progress and use our experience and judgement to make decisions.” he concluded.

Users on site are benefiting from time efficiencies also, as Cormac added:

“To gather all the mark-ups and progress updates ready to give to the planner would have taken those field users a full day of exercise each – now with the app they can continuously gather and update information as they go. There is really no additional task involved in delivering progress updates anymore.”

It is possible that there has never been a truer example of difficulty seeing the wood for the trees on a construction project as at Longford Forest. One of the major benefits of using Site Progress Mobile was maintaining visibility of exactly what tasks had to be done, by whom, and where on this substantial site.

At the peak there were 400 workers active on the site plus up to 40 suppliers and sub-contractors. Most of these were present throughout the entire duration. Planning the timely deployment and progression of resources from cabin to cabin and ensuring that every resource and sub-contractor team was appropriately and fully utilised at all times could have been very difficult.

“There were times when we wouldn’t see some of our guys in person for days on end. On construction sites there are always issues arising that stop progress on certain things, and you need to find an alternative task for those resources to do instead. With Site Progress Mobile checklists, managers knew all the tasks that had to be completed over the period of the week, so could reassign resources onto activities they knew would be meaningful – rather than just finding some task close at hand to keep people busy. It kept the sequence moving.” Cormac added: “Because with Site Progress Mobile each manager had specific programme visibility on their mobile device, if there was an issue with one task they could easily see what the next critical task was – it helped to keep people focused on things that supported the overall critical path.”

Each of the 466 lodges were pretty much the same, so required the same trades and specialists to work on them in turn. That meant keeping everybody moving along at the right pace was vital if they were to complete the necessary three lodges per week. Cormac explained:

“The challenge was that everybody was completely dependent on the trade working just ahead of them – everybody had to move along smoothly. Every person had to complete meaningful tasks every day to keep it going. We were using Powerproject to resource each activity carefully in terms of assigning the right people. It gave us visibility of the sequence for each trade, and we assigned codes to activities so we could filter and view the programme in terms of those codes when needed. Each lodge had around 30 critical tasks, so we had around 14,000 line items to handle. Powerproject allowed us to filter those tasks so we could clearly understand the sequence and the target outputs of those tasks. We also used the Line of Balance function to understand those outputs.”

The Line of Balance also helped them guarantee the meaningful work for all sub-contractors, which reassured the sub-contractor to commit the right level of resources to the job in the knowledge that they would be fully occupied throughout the full week, every week.

Some initial suspicion was voiced by managers when asked to use Site Progress Mobile. Damien told us:

“Some people weren’t keen on more digital technology or felt as if Big Brother might be watching – perhaps fearing that they might lose some control. But after a couple of weeks, they could so easily see the benefit overall to the project, that there was better data entry, improved accuracy of progress updates, that they all bought into it. Their updated schedules were being returned to them much faster too, because the workload for the following two weeks could quickly be re-issued as soon as the progress was updated in the main schedule.”

The project finished on time to everyone’s satisfaction, and the centre opened in July 2019 to rave online reviews. Having proven the value of Site Progress Mobile, Sisk quickly purchased a number of licences for use across the company and it has been put to use on several further projects. Damien said:

“We can already see how it can help us on other types of projects – Site Progress Mobile is particularly suited to jobs such as multi-storey developments because there are settings in the app to allow you to set up for repetitive tasks. It is flexible: on the Center Parcs project we wanted to gather full information from our managers, such as actual start and finish data for key tasks. But you can also set it up so that all users have to do is tick off a checklist.” He added: “Digital construction is changing how we deliver and manage projects, and that’s a good thing. Tools like the Site Progress Mobile app help us to take people out from behind desks, marking up progress on drawings or schedules, to managing the work on site – which is exactly where we want them.”

Finally, Cormac reflected on how apps like this are benefiting planners:

“One of the benefits of new technologies coming on stream so far is that correct information is now fed out and reaches sites. The Site Progress Mobile app is probably the first example I have seen where we are also getting correct and timely information back from the site itself. It means that the planner gets real visibility and can, instead of spending time inputting information, assess incoming information, query it, validate it, then have time to think and make the right decisions around it.”

The power behind successful projects: book a free demo to experience Site Progress Mobile by Elecosoft.