Story in 30 seconds: Southern Peru Copper Corporation (SPCC) is part of the US-based mining and metallurgical group SCC, which generates annual revenues in excess of $6 billion around the world. The Peru arm is the country’s largest producer of copper, amongst other outputs. With hundreds of mining projects in simultaneous operation across a large geography, SPCC wished to improve its business and project visibility. It chose Powerproject Enterprise to consolidate the planning and management of projects, enable collaboration by its team of coordinators, and replace disparate tools in use, including Microsoft Excel and Project. 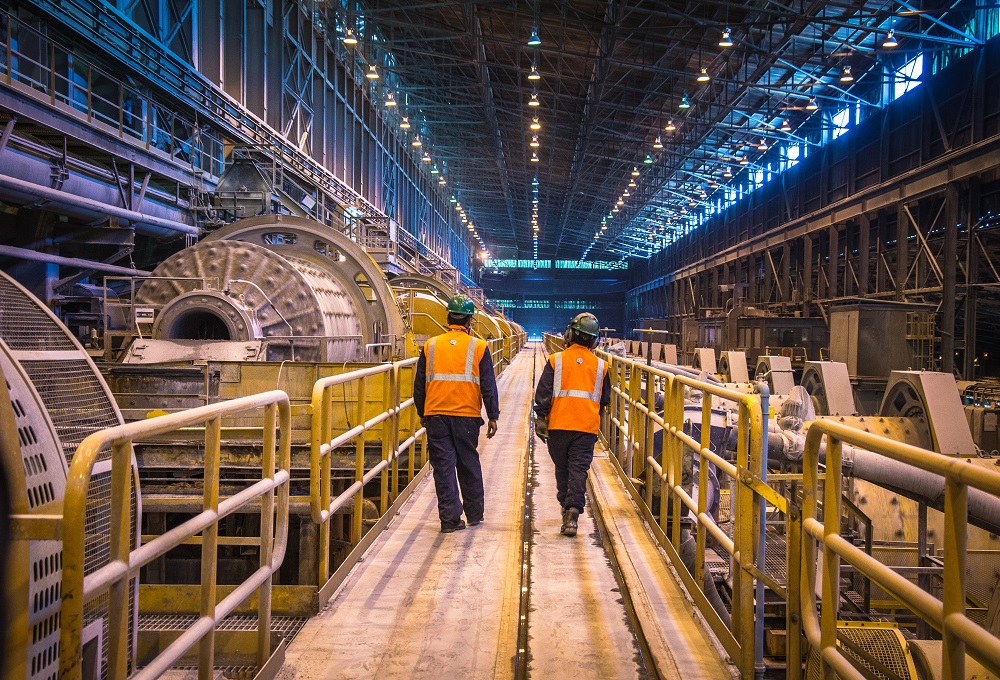 SPCC has been processing copper and other metals in Peru since 1960. It is part of the US-based mining and metallurgical group SCC, which generates annual revenues in excess of $6billion around the world. The Peru arm of the business is the country’s largest producer of copper, amongst other outputs which include molybdenum, zinc, silver, lead and gold. The company’s operations are distributed across the country, with two open pits in full production. It operates in three regions of southern Peru in Cuajone, Ilo and Toquepala, meaning that projects can be located as much as 100 kilometres apart.

Coordination challenges
With up to 300 projects to manage per year, including mining infrastructure, maintenance, engineering development and local community initiatives, it was a constant challenge for the Plant Engineering team to manage and co-ordinate its range of activities. Each individual co-ordinator works on between three and five projects; they need to communicate well between each other, as well with sub-contractors.

Carlos Noriega, Plant Engineering Manager, decided to investigate a new direction. He recognised the need for a more consistent approach to project and progress management and coordination, and to reduce the stress of reporting such a large number of projects.

One of the main challenges was the number of different software solutions that were currently in use. The company previously used MS Project for project management and monitored the progress of its projects using complex Excel spreadsheets. These were hard to integrate, making it difficult for the management team to maintain a clear view of the overall progress and status of projects. A second issue was that the company’s various sub-contractors used different project management tools, which made it hard to communicate and share information.

Carlos explained: “We considered several alternatives before choosing Powerproject, including Primavera and MS Project. The cost of Primavera is very high and MS Project was not right for us, because it uses a hosted platform for its database. With Powerproject, the database stays within our own IT system. Plus, the flexible license options allow us to share Powerproject among our workstations and teams without purchasing lots more licences.”

Pilot program
Having selected Powerproject, the software was piloted in the Ilo region, where the company’s refinery and smelter are located. The trial would evaluate improved project management and progress reporting across 80 projects of various types. Fernando Gomez, Project Controls Chief in Ilo, oversaw the pilot program.

A team of consultants from Elecosoft’s regional partner APP Consultoría de Gestión de Proyectos SL, based in Spain, with local partner, Metacontrol Ingenieros SAC, supported SPCC to implement Powerproject in less than ten days. In addition to this, the team also developed a business intelligence report that could be accessed by managers in different locations, which was completed in under a month.

The software also passed the test of meeting the needs of different contractors.

Fernando told us that “Powerproject is very compatible with the systems sub-contractors use – they still use other software, but it is easy to translate and move data between the systems because Powerproject can import and export MPP files with no problem and do the same with XER files.”

The pilot project was so successful that it was decided to extend the use of Powerproject to the Cuajone and Toquepala regions immediately, to span the entire portfolio of around 300 projects.

Project progress
Fernando has since become the company’s ‘power user’ and is leading the rollout of Powerproject. He has identified a number of features which help him work more effectively.

He said: “Whenever I need to review a critical path from a contractor schedule, I open it in Powerproject. In most other software you can only see critical tasks by their whole duration, but with Powerproject you can see in red exactly where the critical part is. I can also see task dependencies with a single click; it is very easy.”

It has become easier and faster to aggregate and report on progress. Mining projects are typically measured by their physical progress, and each SPCC project has specific task weighting assigned to each deliverable. Previous reporting involved loading all the resources and costs separately for each individual project, which was a huge burden to do on a regular basis for 300 projects. Using Powerproject the team has been able to standardise task weightings create ‘Task Pools’ of similar networks of tasks, to create templates. The Plant Engineering coordinators are now able to report physical S curves directly out of Powerproject without manually loading information into a spreadsheet each time.

“For the first time, we can see and review all our projects, and monitor the progress of them all. We now have better communications between our departments, our co-ordinators, and with our contractors. The critical path is now very well outlined with Powerproject, so we see the impact any issues have on expenses and can easily check with contractors about the impact on time.

It is also easier for the company to control its projects from start to finish, through different phases. He continued “Maintaining appropriate control between the phases of projects was not at all easy in Excel. Before Powerproject we controlled the engineering phase separately from the mining phase and then the logistics – now it is under much better control.”

The reporting workload has been reduced not just for co-ordinators but for those working directly on the projects. He continued: “We can manage and control our resources, both human and technical, in a better way with Powerproject. Our technicians and engineers have more time to work, where before they spent a lot of time on reporting.”

Looking ahead
The transition to Powerproject is continuing across the business, along with the extension of the new Business Intelligence platform which will give the management significantly better visibility of all types of project information.

“We now have a reliable Business Intelligence dashboard which takes all the data from Powerproject Enterprise, and it is around 80% implemented,” Carlos said. SPCC continues to work with its contractors to promote the benefits of changing to Powerproject, and Elecosoft’s local partner is doing all it can to help. Carlos told us: “We must persuade those people who work with us to accept the new tool, and that is a work still in progress. It was not easy to roll out, because we have so many projects to integrate. We have good support locally and remotely from Metacontrol, who work with the project controllers to explain and give support. If we have any technical problems we can ask them and get quick answers.”

“The implementation team has been with us during the whole process, supporting us by mail, phone or online even during weekends or late hours. We have been in constant contact and we know they are committed to help us.”