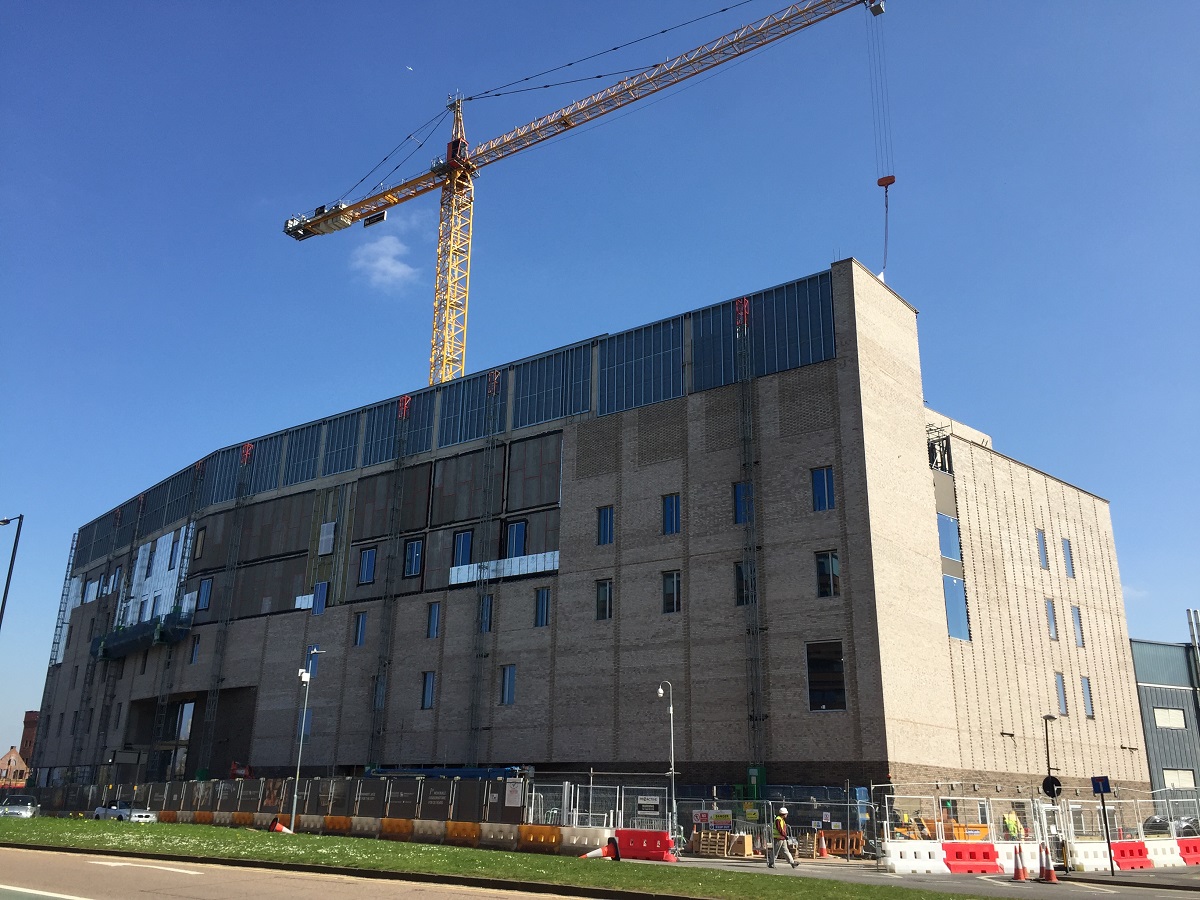 Galliford Try Plc is a FTSE 250 business and one of the UK’s leading housebuilding, regeneration and construction groups. Winning the prestigious job of building the first new conservatoire in the UK for a generation was an opportunity to create a world-class modern building – requiring modern construction approaches. Powerproject BIM was used as the platform for the 4D planning, using 3D visualisation, alongside excellent project management and as-built documentation, to help maintain excellent client communication and exemplary project control. The £57 million project for Birmingham City University will be ready to welcome students and teachers at the start of the 2017/18 academic year.

The software was used to link as-built information to the visualisation.

“Powerproject BIM gives us a high-level overview of the project.”

Galliford Try really saw the positives of using BIM because making a 3D video in the software is simple so it makes it a fast way to communicate information.

“The visualisation you create in Powerproject BIM really benefits the client.”

4D BIM delivers extra perspective The project’s BIM model was designed by the architect in Autodesk Revit, into which would be incorporated numerous sub-contractor programmes. Although it would be updated regularly, and a comprehensive as-built documentation stack would be compiled by the site team, Galliford Try decided that creating close integration between the model and programme activities would be critical to maintaining control, managing progress, and assuring excellent communications during the project. Galliford Try is a regular user of Powerproject as a planning software platform; it adopted the BIM version of the software to deliver that integrated perspective.

When the project started, graduate Ibrahim Patel had recently joined the group as a planner, with the new Birmingham Conservatoire as his first project. He was given the task of creating a 4D plan that would give the project team an integrated view of activities and progress of the building in the form of a 3D visualisation. It provided a hub into which all the as built information marked up on working drawings and documents could be integrated, to maintain a current view of progress.

“The 4D BIM model we created in Powerproject BIM gave us a visualisation model alongside our main BIM model” he explained.

“We always have lots of as-built records and drawings on paper and marked-up – we could now take that information, put it into the 4D BIM model, and gain a 3D representation of that information to see it more clearly. It instantly becomes easier to see both what is planned, and what has happened, in one place.”

The visualisation provided an integrated view of progress for the planners, and was made accessible via SharePoint to senior management, if they required it. However, it became most valuable when used as the basis for client communication:

“The visualisation you create in Powerproject BIM really benefits the client. When they come in for their monthly meeting we can easily produce a video to show the planned model versus an actual model. That shows them within just a few minutes exactly where the project should be and where it is. Without the video you’d spend lot of time trying to explain where we are and where we should be – with the video, they can see it straight away.”

Sub-contractor communication was also a beneficiary, as Ibrahim outlined:

“We have progress meetings with individual sub-contractors where we pull up the Powerproject programme and go through their works. As well as discussing how far they have come along and anything they are putting in place to get back on track, we can also look ahead. We can re-sequence works to save us time in the future or avoid several contractors working in the same space at the same time.”

The software was used to link as built information to the visualisation.

“Powerproject BIM gives us a high level overview of the project. As we get into the nitty-gritty of activities, we capture information within our as-built documents. For example: for an elevation of brickwork, we have a drawing that’s marked up to show the brickwork that has gone up each week, which goes into the as-built document stack. We can take that information and put it into Powerproject BIM, and the model then gives us a visual overview of what has happened too.”

Ibrahim’s 4D planning work has been such a success that Galliford Try is now working to extend the benefits to another major contract in the same region as it utilises BIM to manage a £40m contract to deliver a major private rental sector project to deliver 323 apartments, over two high-rise blocks, in the heart of Birmingham. He concluded:

“This is the first project where we have used 4D planning with Powerproject BIM, so it’s a big learning curve – it has not only delivered benefits, but is a good foundation for potentially stepping into 5D planning later. This project was a starting point. Now we’ve seen what it can do, we can roll it out to further projects. Another graduate planner is starting on the next Birmingham project, and I am assisting him where possible in implementing 4D planning with the Powerproject BIM software.”

View all
An as built 4D visualisation for a new build tailings plant for Minsur SA in Peru
During the construction of its new tailings processing plant at San Rafael, Peru Minsur SA turned to Powerproject and its 4D BIM capability to complete...
Read more
2 min read
Powerproject BIM Powerproject
View all