When your deadline is the start of the new school year, there’s no margin for error. Morgan Sindall Construction used Powerproject by Elecosoft to model an efficient modular technique for building Vandyke Upper School, handing over a completed building snag-free in just 33 weeks.

Morgan Sindall Construction believes in aligning its business objectives with the needs of its customers, partners and wider stakeholders, and Powerproject construction planning software has become critical to helping the company responsibly achieve this goal.

One key team member driving Morgan Sindall’s use of Powerproject is Project Manager, James Wood MCIOB, who has been trained in the software since university. Wood uses Powerproject to create contract and target programmes, underpin his contractor and subcontractor relationships, and extract regular drop line progress reports to show his customers that work remains on-track.

“Powerproject is an important planning and reporting tool, as it creates visibility between us, our contractors and our clients. It’s a really simple piece of software for both internal and external stakeholders to use.”

A lesson in A* project management

Simple, intuitive usage is critical when you’re under pressure deliver projects at speed – like in 2020, when Morgan Sindall won the £11million contract to refurbish and expand Vandyke Upper School in Bedfordshire, UK.

By using Powerproject to make strategic decisions and document progress, Wood and his team were able to deliver a brand-new, snag-free school premises in just 33 weeks – in time for the start of the 2020/21 school year.

With an ambitious timeline to meet and the non-negotiable deadline of a new academic year, Morgan Sindall needed to be efficient in its construction methods and project management approach when embarking on the Vandyke Upper School project.

“We used Powerproject to run tender programmes for both traditional steel frame construction and a modular approach. We saw immediately that the modular approach would save us 20 weeks, which gave us confidence we could deliver on the school’s September deadline.”

87 modules were prefabricated off-site for the school build, with activity mapped across two separate critical paths. Even with clarity regarding the construction approach, there were still six different ways the modules could be assembled, and Wood created each of these programmes in Powerproject to see which was the most efficient.

To avoid potential errors, Wood dispatched two members of his team to the factory each week to oversee quality assurance processes. This level of attention to detail was particularly important as the build involved multiple science classrooms, where each student needed access to individual electricity, gas and water connections in order to conduct their own experiments.

In addition to the modular build, Wood made several further strategic decisions that accelerated the delivery timeline – including changing site levels on the school netball court to reduce muckaway lorry movements, altering the position of the attenuation tank, and locating drainage for the school kitchen under the new servery area rather than within the existing footprint, so construction work could be undertaken at the same time as refurbishment work.

“The success of a project relies on to attention to detail, and the beauty of Powerproject is that it’s very easy to capture that detail and make critical links. We identified changes that could speed things up and resequenced critical paths around these decisions.”

All plans and updates were shared with the school in clear phases of work. Staff knew what areas the site Morgan Sindall were operating in when the school site was live, and they had time to decamp from impacted areas before the next phase of the refurbishment project.

Mitigating the impact of the pandemic

The project timeline was tight to begin with, but Wood and his colleagues faced further challenges in March 2020 when Covid-19 sent the country into lockdown.

Being classed as key workers, Morgan Sindall was able to continue building the school, but written permissions had to be sent to all project stakeholders and social distancing regulations needed to be adhered to on-site.

To manage requirements under new operational constraints, Wood used Powerproject to create labour histograms that mapped exactly who was needed on-site at any point in time. He also put acceleration plans forward to the school, showing them how time lost as a result of the pandemic could be recouped. This detailed workforce planning also helped him to understand what material resources were required (and when). 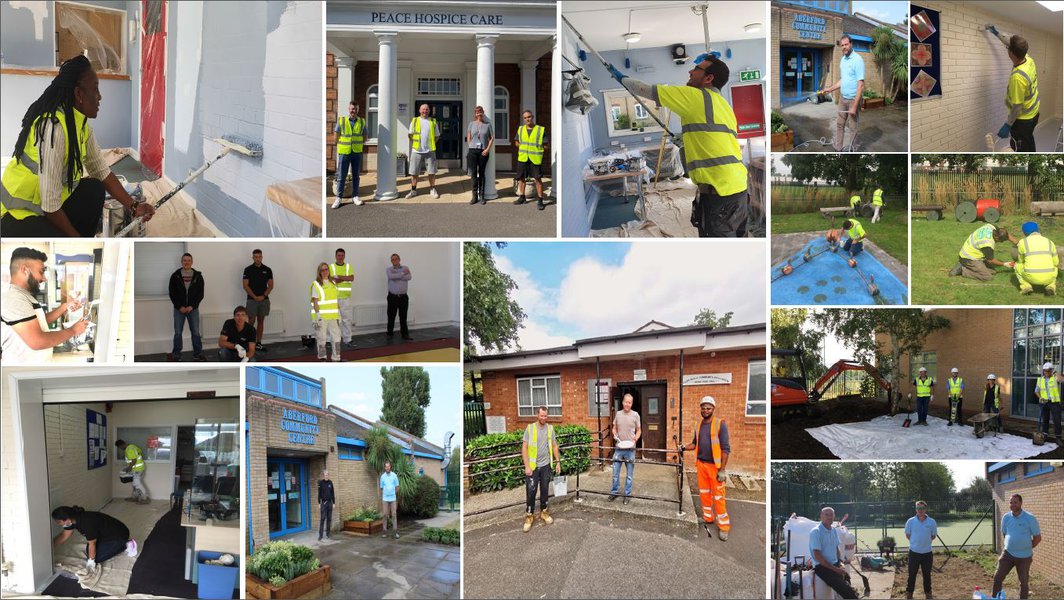 In addition to resourcing requirements clearly, Powerproject helped Morgan Sindall to maintain strong relationships with contractors and partners throughout the construction and refurbishment of Vandyke Upper School. And Wood felt very strongly that suppliers should be included in these conversations.

“I’m an advocate of sharing the detail, and I don’t think enough is done with the supply chain to help suppliers understand the importance of their role. Powerproject gave us the transparency to change this.”

During the project, Wood performed drop line progress reports for key stakeholders – including suppliers – before discussing where resources needed to be increased to ensure they remained on track. This had the added benefit of reassuring the school that the build was on target for completion before the new school year.

“Powerproject gave the client visibility and confidence in our work. When we told them we were going to deliver on time, it backed up our reassurances.”

Perfect delivery is a pillar of Morgan Sindall’s approach to construction, so the final stages were just as critical to successfully completing the Vandyke Upper School project as the initial planning phase.

Within the project timeline, Wood had built in a clear week at the end to do a thorough de-snag. Although some of this time was taken up by earlier setbacks, Wood and his team were still able to carry out thorough quality control checks, to make sure that the new and refurbished buildings met health and safety standards before being opened to young people. In fact, school pupils were happily using the site just one day after work was completed.

“The school’s staff were amazed that we got everything done on time, especially with Covid restrictions in place. Powerproject gave us the level of transparency we needed need to work openly with them throughout the project and deliver something that works for everyone.”

It wasn’t just customer recognition that Morgan Sindall received either; James Wood received a gold medal in the ‘Schools Under £20m’ category at the 2021 UK Construction Manager of the Year Awards (CMYAs).

As for the future? Wood wants to continue using Powerproject to drive visibility across upcoming developments.

“With Powerproject you can keep things high level or go into a lot of detail; whatever you need, you can do. And the collaboration it creates with your stakeholders is invaluable.”

The power behind successful projects: book a demo to experience Powerproject by Elecosoft.