Story in 30 seconds: Severfield plc has been shaping skylines for decades, with unrivalled capacity and capability. As the largest structural steel business in the UK and one of the biggest in Europe. Planning excellence and consistency is an extremely high priority, the company has chosen to switch to Powerproject going forward.

The switch was based on a combination of decision factors. Initially this was driven by the software’s functionality and fitness for purpose, then by its prevalence in use by Severfield customers, and lastly by the cost model that showed it offered a more economic licensing proposition than other options. 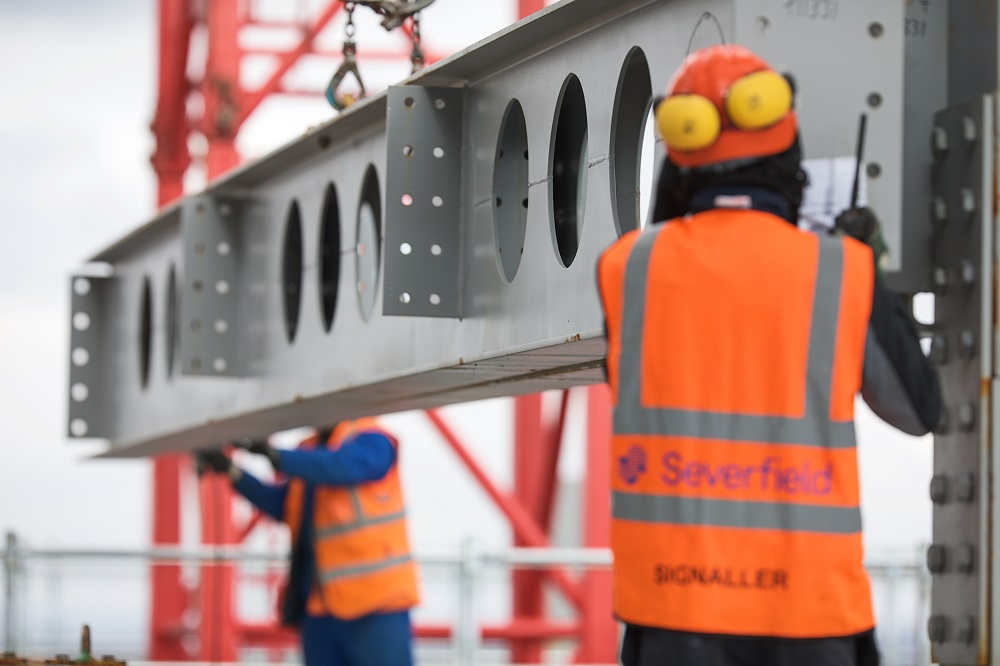 Severfield plc is a structural steel company delivering around 150,000 tonnes of fabricated steelwork to the UK and international construction market each year. It has been piloting the use of Powerproject as its planning platform in one part of the business for more than a year. It has now made the decision to extend the use of Powerproject across the entire group, and the process is well underway.

The company had previously used MS Project across the business, which may have in excess of 35 major projects running nationwide at any one time. This software is now being phased out as contracts are being completed, with all new projects planned in Powerproject.

Michael Bryars, Senior Project Manager has been driving the changeover. He explained how the change came about: “Our MS Project software was becoming dated. We required an upgrade, and as we were aware that some of our clients were using Powerproject, we thought we would trial it. Having done some research and having a demonstration, we really liked what we saw.”

IT Director, Richard Davies highlighted another important driver, saying: “We established that it had some functionality that was better than MS Project, we also were able to see a reduction in licensing costs when compared to other comparative software packages over a 5-year term.”

Piloting a new approach
The group initially trialled the software within its Severfield (Design and Build) division. It installed six Powerproject standalone licences for the main users managing the projects and set up 10-12 users across different sites with the Site Progress Mobile app to enable them to update programmes remotely from site.

During the pilot programme, Severfield learned how to make best use of the software in what can be a protracted and complex structural steel planning process.

Michael told us: “We realised as we trialled it that it had more functionality than we had access to before, and the ability to feed live progress into the programme from the Site Progress Mobile app was not something we’d had in the past.”

Severfield is now planning all new contracts in Powerproject through from the pre-construction stage, including procurement from steel mills and fabrication, design and detailing, through to on-site construction.

Feeling the benefits
The experience was positive for early users, as Michael explained:

“Our Site Progress Mobile users said the app was easy to use, while the Powerproject users immediately felt the benefit of better reporting. They found it easier to report upstream, and it was much easier for the directors to look at a dropline programme instead of five or so pages of written content.” He continued: “The look and feel of what we could print out and present to clients was one of the biggest selling points for the change – even the little things, like how text scales, make it all much more readable.”

The fact that several of Severfield’s clients were already Powerproject users was one of the original drivers for evaluating the software. Since making the switch, Severfield has found it easier to share its programmes in Powerproject format. The software enables it to present a clear plan and scheduling, pulling out key dates at every stage – whether that is the date a job moves to fabrication, graduates to painting, or because something is dependent on a cut-off date for getting all the data required from the client.

Learning to change
The rollout to the wider group has been smooth. The IT team has found it can easily deploy the software with the aid of its remote installation package, and Elecosoft delivered effective product training both at its own training centre and on-site at Severfield offices. All the group’s 35 Project Managers and site employees have gone through the two-day introductory training course.

“The quality of Elecosoft training has been very good, and you can keep going back to the written and web-based materials you get access to, which is very useful” Michael told us.

Overall there is recognition that Powerproject and Site Progress Mobile are easy to learn and use.

Michael related that “people have taken to it very well and are realising not just that it has more functionality but also that it’s much more suited to running projects under NEC3 contracts.”